In today’s world, most men don’t go to beauty salons since they’re considered feminine territory. But that doesn’t mean men don’t need help with skincare. Being groomed and presentable isn’t a requirement just to attract the opposite sex but a necessity to maintain a competitive image in a competitive world. So goes the saying “be the best man you can be”. The world expects no less of you. Looking your best not only makes you feel more confident but also helps you create an impressive persona.

Acne, acne scars, pigmentation and oily skin are the most common problems for younger men whereas the older men suffer more from aging of the lower face, double chin and hair loss. Men don’t need a thousand beauty products or a hundred trips to a clinic or salon to look their best. A well planned skin care regime with some occasional enhancement is all that’s needed to maintain the desired image.

Dr.Rashmi with more than 20 years of experience has been treating, enhancing and maintaining aesthetics of her male patients which also includes some of the biggest stars from the entertainment and corporate world. She’s an eminent lecturer on the subject of male aesthetics and part of special teaching faculties at congresses across the world. 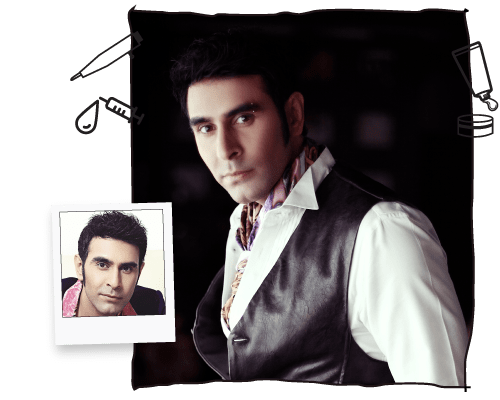 Disclaimer: The initial approach is always a detailed consultation, a clinical analysis of your concern; post which medical care, home care, lifestyle adjustments and nutritional care is suggested.